Talk to an expertLogin
En

Ensuring the quality of wine and beverages during transport, following them from producer to consumer. 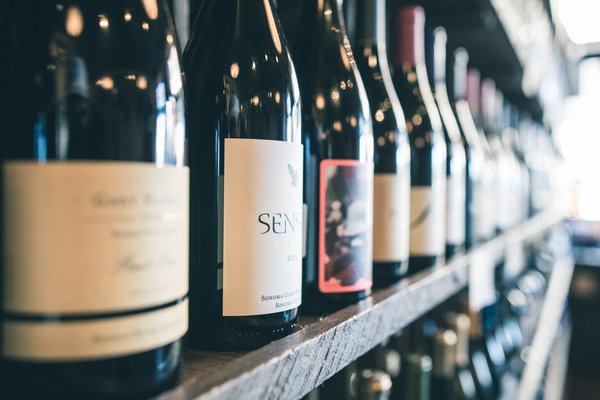 Ensuring the quality of wine, oil and beer during transport by tracking beverages from the producer to the point of sale (wine shops, restaurants, retail) with the Wenda Platform and IoT sensors that record temperature, allows the companies involved to significantly increase the visibility of their international supply chains and deliver products in the best possible quality.

It is well known that the journey of wine, beer and oil from the producer to the retailer up to the final consumer is a complex process, made up of several variables that can adversely affect the quality of beverages, since under normal conditions it is difficult to ensure that products remain intact along the supply-chain, that they do not exceed critical thresholds of temperature parameters for their ideal preservation, and that they therefore remain intact in their original characteristics, as conceived by the producer.
Wine shipments - but also beer and oil shipments - especially when directed to international customers, travel long logistical routes, with many stops and carrier changes. If placed under stress conditions, some delicate products can undergo sudden changes in colour and taste, risking to not fully meet consumers' expectations and, in the most extreme cases, to constitute a Food Safety issue.

Responding to such risks, this use case developed by Wenda in collaboration with SIVE, VINIDEAs, Highclere Consulting and VINIDEA as a grant agreement №731884 in the framework of IOF2020 - framed in Horizon 2020, a EU innovation and research programme - provides information on the distribution process for all actors involved.
The project involves more than 20 wineries, breweries and oil mills, coming from 8 different EU Countries, that carry out international shipments (some of them to USA and Asia) of wine, beer and oil. Below is a more detailed list of the companies involved:

An integrated system has been created to monitor the entire wine and beverages distribution channel with the aim of achieving end-to-end visibility of temperature data and traceability of the supply chains in which products shipped from producers to their retail customers travel. In addition to the end-to-end visibility of the supply chains crossed by the products already mentioned, the Wenda Platform has allowed to establish a direct relationship between producers and retailers through a mobile App.
The App also helped prevent damage caused by shipping and storage integrity issues, by sharing an extensive database of temperature issues found in the supply chain to plan secure shipments based on reliable data, allowing new and customized IoT-based insurance policies. This through a data aggregation and analysis system, based on temperature data loggers, to track the integrity of beverages during distribution, monitoring temperature and traceability data and evaluating quality through analysis.

All this was made possible by a Platform that analyzes and displays the information recorded during the journey by a bluetooth data logger inserted in each box, in order to confirm the integrity of the beverages. The Shipment module of the Wenda Platform was the key element that allowed the execution of these operations, and the final retailer who received the package with wine, oil or beer was provided with a mobile App that allowed to download the data from the bluetooth data logger placed in each box containing the product: in addition to the temperature data, the retailer had a form to get in touch directly with the producer, and was guaranteed the possibility to receive from the producers themselves - always through the mobile App - marketing contents to present to theirs final customer.

Finally, the insurance part: the temperature sensors inside the bluetooth data loggers have provided relevant data on each shipment, which can be used as objective feedback to achieve cost reductions in insurance policies.

Find out what the Wenda Platform modules offer!

The technological elements involved were the following:

The future is with Wenda

Talk to an expert